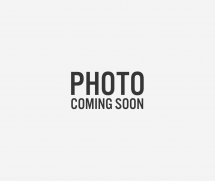 Prologo was started in 2007, with a desire to be leaders in elite, innovative and techincal saddles, unlike the more established brands which have been made the same way for decades. They determined to be closely involved with professional racing, and right from the first product - the Prologo Choice - they started to have winners. Carlos Sastre rode the Choice when he won the Tour in 2008 which became the starting point for Prologo's success.

Prologo believes that alot of the success can be credited to their relationship with Velo (the Prologo production partner), that along with their strong R&D dept. Prologo utilise Velo's vast manufacturing expertise, which they call upon as back up for ProLogo's design team, wide ranging testing program, and research into production techniques. Velo produce around 15 million saddles per year, but the Prologo project is where they reserve their most important tech.

In recent years Prologo have introduced CPC connect technology, a special polymer material comprising of small volcano shaped hollow pieces that actively grip you as you ride, thanks to "Volcano shape" provide shock & vibration absorption and because they separate you from the saddles surface also increase airflow. Prologo have a worldwide patent on this technology for saddles. "We saw this technology being used elsewhere (on grips for F1 gloves & seats) and thought we'd test it on saddles, it's proven very successful with a lot of our pro athletes opting for CPC". The CPC Polymer was something Prologo first tried way back in 2009. "We developed a dedicated time trial saddle with the help of Fabian Cancellara, the 1st & real TT saddles Nago EVO TTR, it was the first of its kind with a gripping texture and a thick padded nose. Obviously the TTR was a success as Spartacus took that years Tour time trial and the Worlds riding the TTR. Prologo then moved the design on with pro rider input to the Zero TT, a lighter more compact saddle that this time pioneered the use of CPC. Orica-GreenEdge used the Zero TT to great success too.

Prologo have always had a good relationship with riders, the Nago Evo design was finalised with input from Bradley Wiggins, Alberto Contador & Schleck brothers. The Scratch is the saddle choice of Peter Sagan, who now helps develop the design, and this was the saddle chosen by Cancellara & Tom Boonen who both providing vital feedback. 'We also had Chris Froome riding the Zero2 along with Purito Rodriguez. They take feedback from riders that they sponsor very seriously and spend long hours on the bikes, racing and training meaning they are great judges of what makes a good saddle great.

The Zero C3 PAS CPC saddle is a 149g race perch that features all of the latest Prologo innovations, including a new carbon bonded hull and rail, the PAS perennial relief channeling, and the latest airing CPC surface.

What makes Prologo stand above and beyond all other saddle brands is their saddle choice software. Using a pressure sensitive seat hardware you can measure your sit bones and use the selector to chose the correct saddle. With a brand who's test laboratory is the Tour de France it's easy to say you're riding an elite pro sadle when you ride a Prologo.